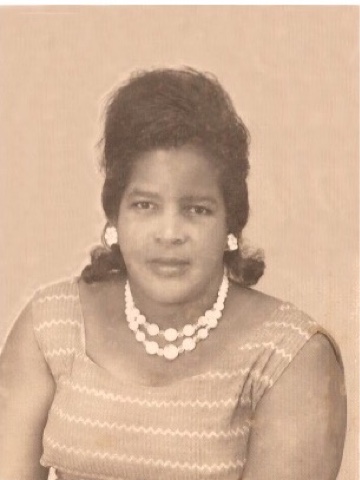 
My mum, youngest brother and I went to the Concertgebouw in Amsterdam and attended a superb concert by Izaline Calister. My mother loved every minute of it. As for my brother, he got hooked early on and sure enjoyed himself. Me? I already told you it was superb!

Smiles, laughter and tears. All were evoked by this barefooted, charismatic and stubborn lady. It was nice to see people who don't speak my (our) language nor naturally feel the rhythm enjoy themselves.

Food for our outing was hit and miss. Burgers at Burger Bar in Warmoesstraat we delicious, the fries were meh and glassy. My mum surely enjoyed her surprise bubbly and sushi snack during the break.

Me? I was happy because I was able to give happiness to people I care about.

Next concert will also be in Amsterdam, august 12th, It will be Mariza in the Concertgebouw. There might be some tickets available.

Yesterday, I followed one of those utterly useless discussions on Facebook. Some ex-pats were complaining about the depiction of dark-complected human beings on the State (Golden) carriage of the Dutch monarch.

Some participants where quite fast and harsh in their condemnation of everything. Ranging from the carriage, the monarchy to fellow participants. What struck me as odd was, that not one of the other participants seemed to be a descendant of slaves. In fact, both the person who started the ball rolling and the biggest detractor, were from the African continent. Due to my mixed heritage, I try not to take sides nor point fingers in discussions related to slavery. This time I felt compelled to. People were getting so self-righteous and indignant in name of the slaves, that it was getting pathetic. They were advocating the replacement of said panels, the carriage and even the monarchy. This was all done, by those who don't have an ounce of slave blood in them.

I had the gall to speak against the hiding of these panels in museums or their destruction. My view is, that they should be shown regularly to the masses, lest we forget the blood, sweat and tears that went into building the Kingdom of the Netherlands.

I am a descendant of slave stock. My German ancestors 'disgraced' and 'dirtied' their blood. I don't think my extended family, nor I would have survived WW II. I belong to a community that was persecuted, jailed and killed not only in the period from 1939-1945, but before that and to this day.

We as a community took the symbol of our shame and turned it into a symbol of pride and belonging. We can and do wear it with joy and pride nowadays. So much, that many don't even know the suffering that used to be attached to it.

I CAN ask my fellow descendants of slaves and the survivors of slavery to take the symbol of our captivity and wear it with pride. Let us show the world that, while we will NEVER forget where we come from, we will not allow ourselves to be shackled by our past.

The only way to rise above your past, is to unburden yourself from the ballast keeping you down.

I want to tell you how much I like you.

I like your youthfulness. You have your own 'brand' of seriousness, but life hasn't marked you yet.
I like how snarky you can get at times.
You want to be open-minded, yet so much is black and white. You have an opinion, you're opinionated. All these things I like about you. You're a rebel, just because you can.

Yet, these are the same things that separate us. I think less in absolutes. Sometimes, I choose not to have an opinion. I see, more than fifty, shades of grey all around me.
You have the courage of youth, I have the temperance of age.

All these things separate us. And still, I can't but love your smile.
No comments:

Plight of the immigrant

Without a clear plan you leave the country of your birth?
Without clear prospects of a new one, you leave your present job?
You don't know where you'll end up living?
You don't know if you'll find a job?
You took all your savings and invested in a one-way ticket?
You took a big risk and there's no way back?
Without knowing what the future might bring?
Without knowing how you will survive?

They dare! They dare. because they are humans beings just like you and me. They dare, because they're not the first and will certainly not be the last. The human race spread around the globe because we DARED! Because Homo Sapiens has always felt the urge to trek, always had the urge to see what's over the  next hill. And HOmo Sapiens recognized that building societies made us ALL better.

Some of my ancestors were moved forcefully to the Caribbean. Some others moved of their own volition, trying to find a better life. Early 19th century, travelling over 8000 km's was not without dangers, and yet it was done.  Whatever their reasons and circumstances, their descendants are making the best of it and we're still going strong. And we're still travelling and making a living and life for ourselves all over the world, from China to United States.

I recognize everyones' right to find a life, a better life.

And before you start putting blame and rejoicing in another's misfortune, remember that even so called wild animals are capable of showing compassion.
No comments:

Forgiving is difficult. Forgiving hurts, it opens up old wounds. Wounds you didn't even know you had.

You find yourself going over past hurts, one by one. Even and especially the old and forgotten ones.

One by one you take out the barbs still stuck in these memories. You painstakingly and methodically open these festering wounds and drain them. You root around these and find all remnants of hurt that still poison your soul. And you deal with them!

Once you've done this, you can dress these wounds and give them the time to finally heal.

Forgiving hurts. But, it's cathartic.

Most of all… it's liberating.
No comments:

I can't be who I AM here

In the wake of the happenings in France, the whole US vs THEM rhetoric has gotten a revival in the media. While I agree that something has to be done, I get quite disgusted with the direction things are going. Instead of keeping to intelligent arguments, some people are using this as an opportunity to vent their our insecurities and pin it on external factors.

We recognize freedom of expression and thought, but one should put more thought into our expressions. And we should stop giving one group or the other all the benefit of the media and allow them to cast themselves into the role of victims.

Imagine my disgust today when I read an online article in national newspaper, where a gentleman of Jewish descent and religion complains about not FEELING safe enough to be who he WANTS to be i.e. jewish, here in the Netherlands. While I understand the perceived struggles and insecurities, I ask myself WHY this gets published. He can hide most of the identifying features of his religion and still pass for a regular Joe, which he does.

I can't hide the fact that I'm not a Western/European dutchman, and many others with me. WE tend to hear sniggers and (subtle) slurs too during our week. We are the last ones many will sit beside on public transport. WE are the ones who are mistrusted by definition by many of the governmental institutions. WE can't hide who we are. Yet, this doesn't make the media.  Maybe because this doesn't sell newspapers?

Many of the heterosexually challenged are getting the same treatment he complains about, and are fearing for their security as much as this young man does. One must ask again... WHY does his story get published? Where are all the stories of all the LGBT people who are ridiculed, bullied and pushed about (sometimes literally) day in and day out?

Many of us can't hide who are what we are, it's not a matter of choice. He has the choice of abandoning this country and move to somewhere he THINKS he will be safer. He wants to leave this society and go live with like-minded people. Many others don't have a choice.

Yes, the governments both local and central have a duty of care and protection towards all citizens. But we as a society also do. We should be able to call each other out on behaviour that harms society as a whole.

NOBODY should be made to feel unsafe, we all have the right to feel safe in our own home, neighbourhood, places of work, study and worship. No one should feel as unsafe as to want to abandon the country they live in. THAT is civilization.

We also find ourselves wondering what motivated other people to take certain actions. And why they made certain statements.

Sometimes, we can't make heads or tails of the answers and signals we get. Other times, we know that these answers and motives are utter tripe.

If we keep waiting for answers, we'll find ourselves stuck, without going forward.

The trick in life is to just pick up the pieces and keep moving forward. To say "fuck them!" and carry on.

In name of the dozens of dead journalist and other members of the press:

I accuse and I demand!

I accuse:
All who forgot that freedom of speech should be universal. And universal means, for you, and for me and the entire human race (1).

I accuse:
All the COWARDS, who take to arms whenever they can't win by intelligent argumentation.

I accuse:
All who use others, particularly members of the press, as scapegoats to further their own despicable agenda. Fomenting rage and hate against people who are doing the job of informing the rest of us.

I demand:
That freedom of thought and freedom of speech be cherished and honoured. For without these freedoms, the human race will stagnate and die out.

I demand:
Open and honest dialogue whenever points of view don't coincide. And sometimes, we have to agree to disagree.

I demand:
That lives of members of the press be respected. That all should be done to protect their health, lives and civil liberties.

I demand:
RESPECT and DIGNITY for all human beings!